Every day in October 2016, I created VR content for Google Cardboard using JavaScript/WebGL/HTML5 WebAPIs and blogged about it. I built a website to showcase the contributions and then wrote and presented a talk about doing Cardboctober a week after I had finished. 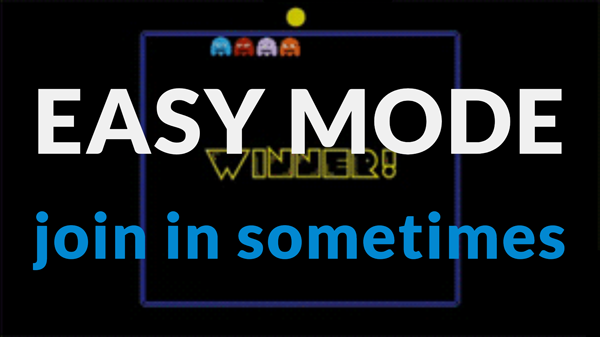 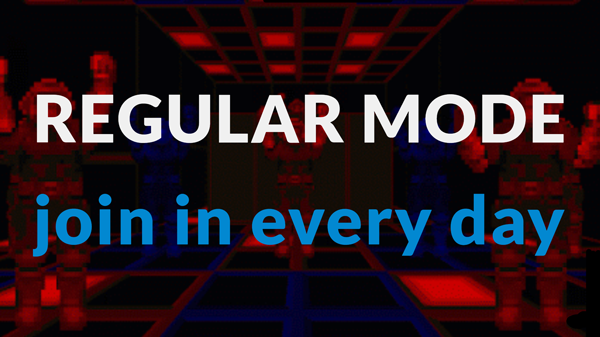 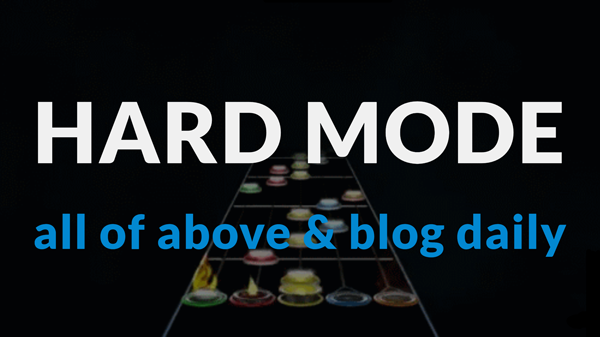 I designed and built a website to collate and showcase the contributions of all Cardboctober participants. I used Jekyll with GitHub pages for this. 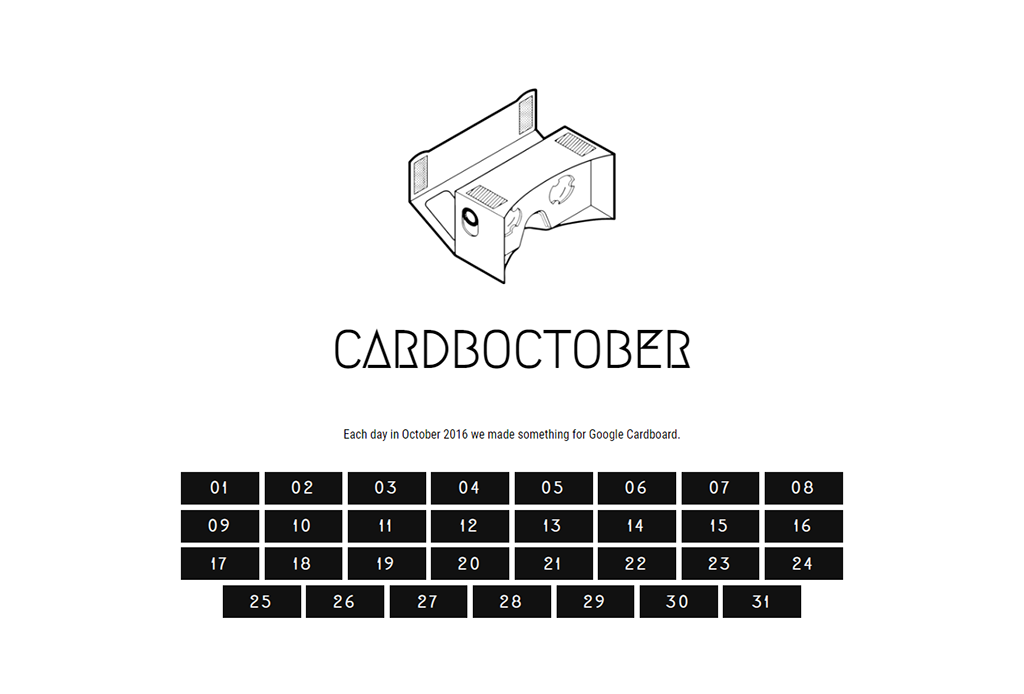 The design features a timeline layout, with each contribution branching off of the timeline. 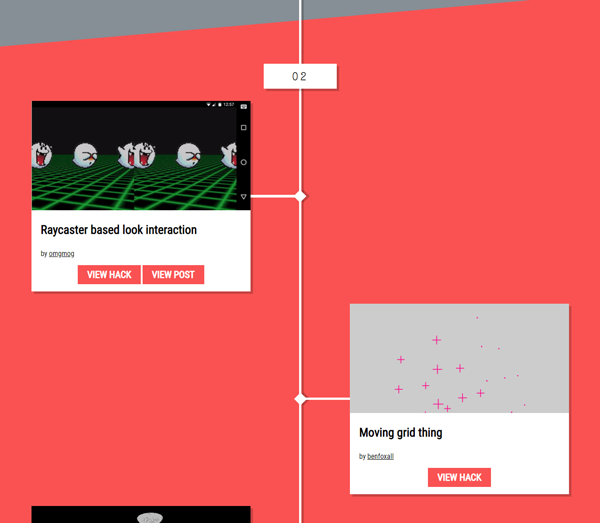 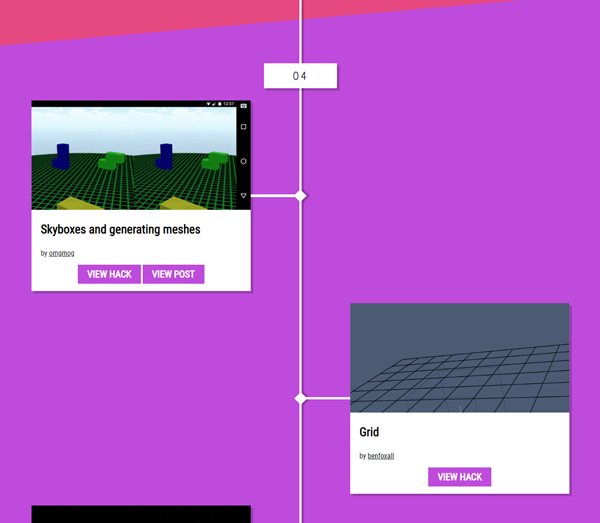 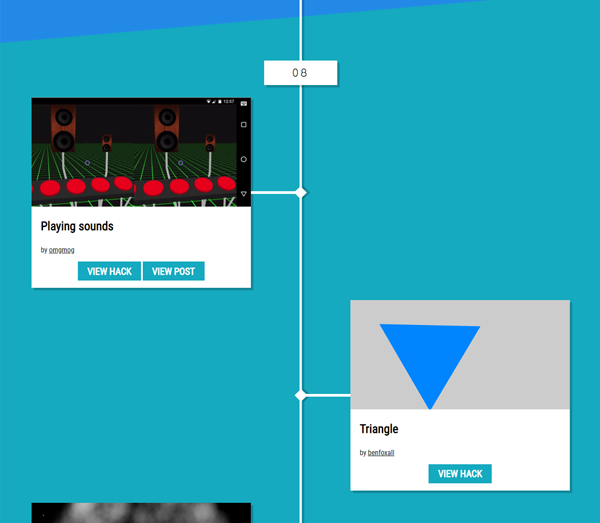 Each day I created a VR project with a particular focus and then wrote about it.

A wall of gifs of some of the hacks

I was doing this off the cuff for the first week before realizing I should probably plan the rest of the month, so I created a spreadsheet full of ideas, factored out standard code for my hacks to a boilerplate framework that I could use each day and then tried my best to stick to the plan. 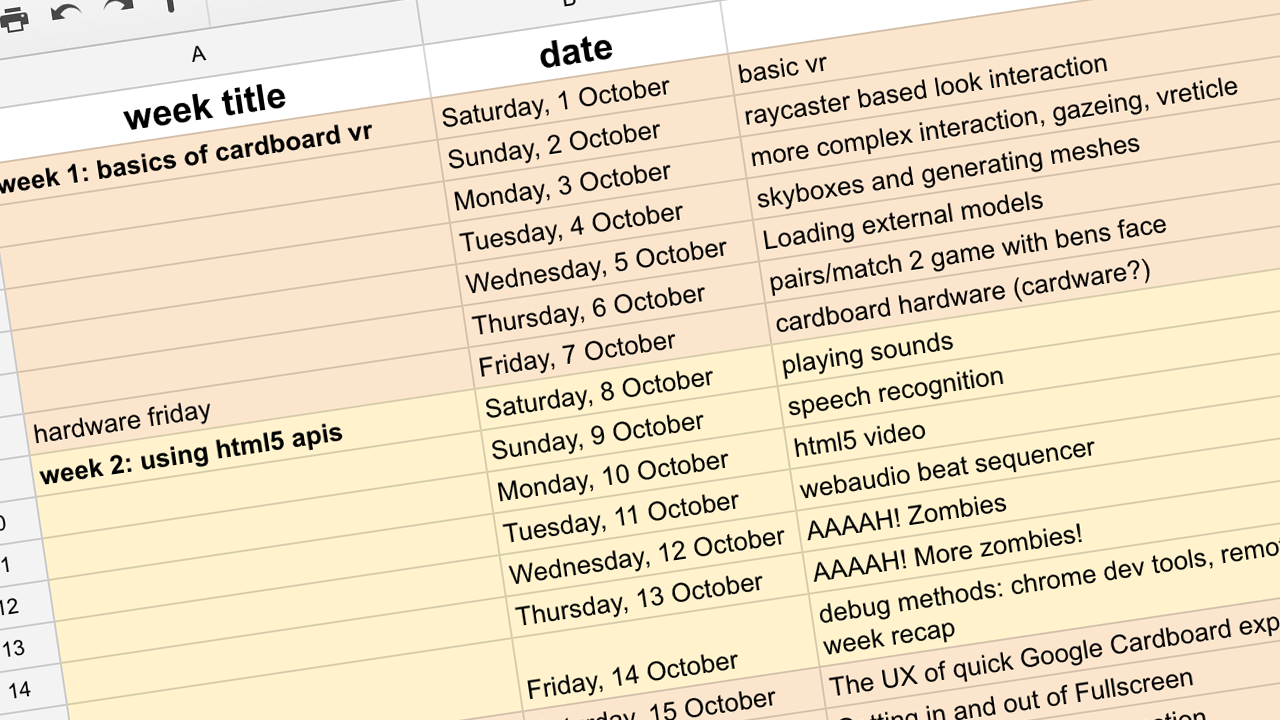 I was on holiday during the third week of Cardboctober, so I spent that week only writing VR UX articles rather than working on hacks. This was helpful as it meant I could write these ahead of their corresponding days.

Following the end of Cardboctober I had the insane idea to give a talk about doing Cardboctober. This meant no rest for a few more evenings. However, it was an excellent opportunity to reflect on the month of VR hacks.

Here are some of my takeaways: 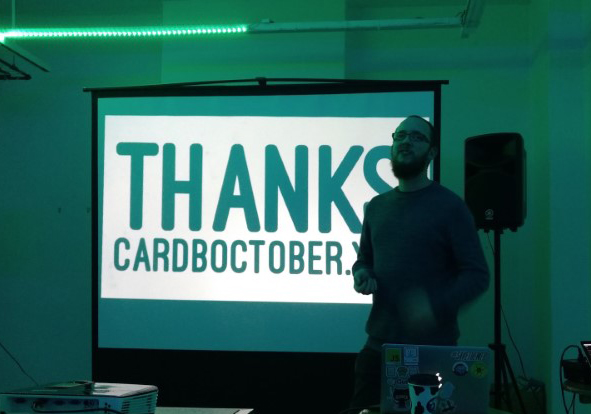 20 Minutes into the Future

The UX of VR